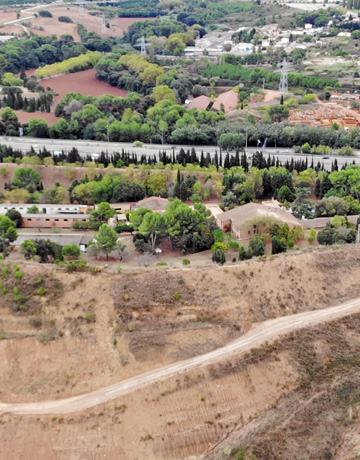 According to psychotherapist, activist and philosopher Félix Guattari, the intensification of the dynamics of hierarchization, segregation, and exploitation that emerged with the advent of neoliberal capitalism converges with the development of a new type of fascism of planetary scale. Unlike earlier forms of authoritarian fascisms, this unprecedented biopolitical force operates within the interiority of subjects, and it aims at making sure that “each individual assumes mechanisms of control, repression, and modelization of the dominant order” (2009, 258). By way of a miniaturization of its logistics, machinic capitalism manages to seep into our psychic territories, intervening in the ‘basic functioning of the perceptive, sensorial, affective, cognitive, linguistic behaviours’ (2009, 262). Deleuze and Guattari’s procedural distinction between signifying and asignifying semiotics offer an accurate understanding of how this molecular colonization occur (1987, 9).

Advanced capitalism relies on a twofold semiotic register when mobilizing mechanisms of «social subjection» and «machinic subservience» by which subjectivity is being homogenized. Social subjection produces us as subjects through the assignment of subjective codes, inducing individuals at moulding to prefabricated representations in relation to sex, race, identity, nationality, job sector & position, etc., their respective relations of antagonisms and consciousness (Lazzarato, 2014, 12). It works, therefore, with the personological coordinates, exerting control through subjective delimitation in a similar manner as Foucauldian disciplinary techniques, which are based on ‘individualizing governmentality’ (Foucault, 2008). Relying on the molar logic of representation and meaning, and evolving through the paradigm of communication, subjection through signifying semiotics come about through the assisted need of adapting to well-defined roles and functions according to the needs of power –such as the entrepreneur or the indebted man (Lazzarato, 2011)– in which we are all remaining trapped.

Machinic subservience operates through asignifying semiotics, that is, sings that do not engender an effect of signification –such as musical & mathematical writing, data syntax and stock market codes– that open up the possibility for a direct contact with its reference, engaging thusly in myriad experimentations that unfold within the paradigm of enunciation. Machinic subservience transforms the idea of the individual («I») into the notion a relay («It») constituted by inputs and outputs, capable of allowing to circulate or interrupt the informational and operational flows streaming within the capitalistic, productive and consumerist, cybernetic regulatory system (Lazzarato, 2014, 37). The deterritorialization of the individual into a relay turn the subject into a hybrid entity, at once subject and object, a component of a more-than human assemblage that is exposed to “a whole set of techno-scientific, macrosocial and microsocial, and mass media procedures of subjection” with which capital produces a new surplus value that goes well beyond labour’s force variable capital (Guattari, 2009, 250).

We are thus confronted with two types of semiopowers at work in the production and reproduction of capitalistic forms of life, to control the social body. The biopolitical coordinates of advanced capitalism are defined by both functions of induced acquisition of massively produced subjective avatars and the capture of individuals as new components of its productive machinery. The object of subjection is still population, but coercion is being exerted in the liminal space between the adjustment to individualized representations and the coupling of the nervous system of each individual to capitalistic machinery. Seen in this light, management or control is not only described in terms of external interference but also of interiorized configuration, signalling a transformation of individuals into what has been described as «dividual», this is, a singularity that is not understood as an indivisible, totalized wholeness, but a multiplicity that divide itself by changing its nature (Deleuze, 1992, 7).

In Dividuum. Machinic capitalism and molecular revolution, philosopher and art theorist Gerald Raunig reinvigorates the concept of the dividual as it allows for shifting the attention from the individual to modes of collective subjectivation. This amount to understanding that the existential vulnerability and precariousness we experiment today is not confined in an individual person’s body detached from the rest, but significantly starts from the social, is something always shared within an “endangered sociality” which includes the non-human (2016, 98-99). At play in this elemental change of perspective there is also a shift from «transcendental identity» and its consideration of being as compound of matter and form, to the «immanence of relations» that conceives subjectivity as an intensive and differential operation. To further elaborate on the repressive and liberating aspects of our condition as assemblages that operate across dividual lines, Raunig has develop the notion of «subsistential territory», one that “enables considering each singular subsisting in relation to «its» respectively singular subsistence”, without presupposing a given essence prior to the pragmatics that require being in a world of contingency and uncertainty (Raunig, 2016, 100).

The IV International symposium Mutating ecologies in contemporary art invite practitioners from any discipline/field/territory whose work can be considered in tapping into the notions of «machinic capitalism», «dividuals» and «subsistential territories». The format of the presentation is open: we welcome either paper presentations or artistic proposals. Each speaker/performer will be given up to 20 minutes before discussion. Panelists will be preceded by a talk keynoted by Gerald Raunig. Gerald Raunig works at the eipcp (European Institute for Progressive Cultural Policies) as one of the editors of the multilingual publishing platform transversal texts, and at the Zurich University of the Arts as professor for philosophy. His books have been translated into English, Serbian, Spanish, Slovenian, Russian, Italian, Dutch, and Turkish. Monographs in English: Art and Revolution. Transversal Activism in the Long Twentieth Century, 2007; A Thousand Machines, 2010; Factories of Knowledge, Industries of Creativity, 2013; DIVIDUUM. Machinic Capitalism and Molecular Revolution, Vol.1, 2016; all translated by Aileen Derieg and published by Semiotext(e)/MIT Press.

12-12:30 A mesh of operations. The transversal machines of Tue Greenfort.
Christian Alonso

18:30-19 The Cinematic Greenhouse: automation, agrilogistics and technologies of the moving image
Gerard Ortín

Livestreamed event
You may access the virtual room by clicking on the following link:
https://eu.bbcollab.com/guest/ed6cccf2627d41e28bde0cbee1ed4275

Language: English and spanish. Please note simultaneous translation service will not be provided