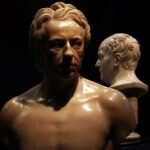 Wednesday, May 6th, 2020, 6:00 – 8:00 pm
The first part of the session will analyse the question of the study and research of the intercultural and transferential processes in the training of Francisco de Goya, an artist who lived in a Rome of contrasts around 1770, where creators from all over Europe came together and where the regenerative power of the past combined with the cultural mix of the present. A problem that has turned out to be a real Gordian Knot and whose historiographical difficulty has led to conceiving Goya as an artist of a slow and late learning who only reached a certain creative entity after his thirties.

In the second part of the session, the development of historical, museological and museographic research on this issue carried out in the exhibition Goya and Italy (2008) will be presented. 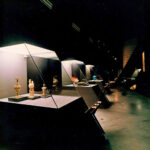 Session 2:
Strengthening and Overcoming
Eurocentrism around 1492:
A Problem of Globality

The second part of the session will analyse how the exhibition Art and Culture around 1492 (1992) attempted to reconstruct the Tower of Babel by globalising the process of historical and museographic research, an attempt that made it clear that the cultures of the time were not lost islands in a barren ocean; they were communicated or were not close because what was proper to some also became, through a global view, what was proper to others. 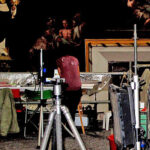 Wednesday, May 20th, 6:00 – 8:00 pm
The attendees will present their contributions to the issues developed in the two previous sessions. They will be discussed together with the hypotheses initially proposed and the relevant conclusions will be drawn. 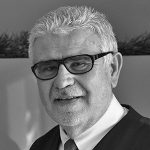 Professor of Art History at the University of Barcelona (1990-2019), Emeritus since 2019. Previously, he was professor at the University of the Basque Country (1975-1978), the Universidad Hispalense de Sevilla (1978-1982) and the Universidad Complutense de Madrid (1982-1990). Director of the Museu Nacional d’Art de Catalunya in Barcelona (1986-1991) and principal researcher (PI) of the research and innovation projects ACAF/ART (2006-2018). Academic of the Academia Europaea, Section Musicology & History of Art & Architecture since 2013.
JoanSuredaPons.com

Interested students/curators/researchers are invited to submit their attendance application by sending a motivation letter (max. 300 words) and a short CV (max. 2 pages) to maria.bendito@ub.edu before April, 20th, 2020.
Free attendance.

Attendance will be counted as part of the specific or transversal activities of the Society and Culture PhD programme.