Cosmopolitics and Biopolitics. Ethics and Aesthetics in Contemporary Art

Cosmopolitics and Biopolitics. Ethics and Aesthetics in Contemporary Art 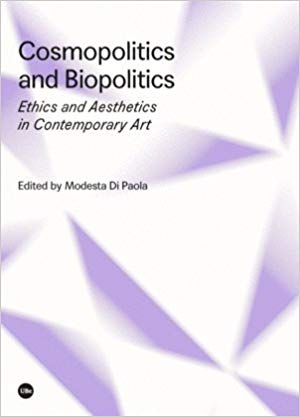 Cosmopolitics and Biopolitics seeks to trace cosmopolitical aesthetics understood not only as the union of art, science, and the right to survive, but also as the prism through which artistic practices are developed around questions connected to transculturality, migration, nomadism, post-gender subjectivities, social and natural sustainability, and new digital technologies. This book’s authors fashion a narrative that moves in the territory of “inbetweenness”, between hospitality and hostility, between welcoming and conflict, between languages and intermediate languages, science, and survival in a world that is “common” more than global.