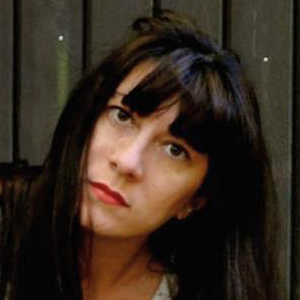 Modesta Di Paola is member of the Research Group SU+MA [Universidad+Museo] and a Post-doctoral Research Fellow at the Complutense University of Madrid (Juan de la Cierva Programme). She is PhD in “Art History, Theory and Criticism” from the University of Barcelona and also in European Cultural Studies Internationally/Europäische Kulturstudien from the University of Palermo. Her first doctoral dissertation, titled El arte que traduce. 1995-2015. La traducción como mediación cultural en los procesos de transmisión y recepción de las obras de arte, obtained Honors Degree-Cum Laude. In January 2008, she got a research scholarship (FI) with which she linked to the Department of the History of Art of University of Barcelona and the research group “Art, Architecture and Digital Society”. She gets the title DEA in October 2008. At the same time, she gets her Master’s degree in February 2009 in “Advanced Studies in Art History. Collecting, Market and Art Diffusion”

In 2011, she got a studentship by the Catalan Government for a three months visiting scholar in Massachusetts Institute of Technology (MIT, Boston), studying with Carline Jones, Joan Jonas, Gediminas Urbonas and Ute Meta Bauer. In 2012, she also was awarded with a Fellowship by Mellow Foundation to participate to the Seminar “The Problem of Translation” organized by Emily Apter and Jacques Lerza (NYU). In 2013, she got research fellowship by the Italian Government (MIUR, 2013-2016) to start her second PhD at the department of Culture and Society (Palermo University)

Alongside her academic work Di Paola co-operates in the production of art magazines and organises art exhibitions. In 2008, she co-founded the online magazine Interartive. Contemporary Art and Thought. Her lines of investigation are focused on the critical theories that use visual translation, hospitality and cosmopolitical aesthetics as a point of departure in order to reflect upon the context of transcultural processes, globalization and mobility in contemporary art and cultural policies and the impact of new technologies on art, communication and contemporary society