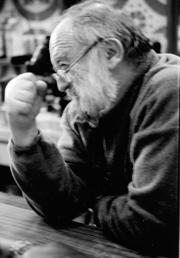 The last documentaries of Joaquim Jordà have become reference of an audience that is not satisfied with strictly cinematographic qualities. Since 1979, the year in which Numax performed, Jordà’s films have appeared linked to broader debates. Numax (1980) testifies to the closure of a factory in Barcelona just at the time when Spanish politicians signed the Pact of Moncloa. Later, the commission of the hunter (1991) gathered the voices of that generation that had carried out the democratic transition Spanish. Mones com Becky (1999) questioned the limits of psychiatry. Later, De nens (2003) interweaves the urban regeneration of the Barcelona Raval with a case of pederasty. Finally, Vint anys no es res (2004) brings together the protagonists of Numax presents, to check what has been done of the wishes expressed twenty five years before. The stories of life that each one of them form an atypical frieze of our recent history. In this way, their cinematography has been associated with the urgency to tackle current issues that often also receive intense media attention. In his case, the film is another link in the chain of public opinion, an instrument to enter into debate.