13:00 / Joaquín Barriendos
Rethinking Levi-Strauss’ Idea of ‘Split Representation’ (from the point of view of the Visual Studies)

PANEL 3
17:45 / Carles Guerra
Global Public Opinion. Between an Empirical and a Theological Aeshtetic

Despite the fact that this symposium takes into account the fruitful (but also confusing) discussion regarding the interdisciplinar study of visual cultures ―that has risen in part due to the conflicts between art history and the institutionalization of visual studies, its goals are more closely related to the interplays between visuality, current global processes and transcultural negotiations. The epistemological debate that arose around the idea of Universal (Art) History and the questionable existence of global art, will therefore be re-framed during these talks within postcolonial critique of global visual designs. By reconsidering visual studies from the point of view of the transcultural arena, VC/GD aims to deactivate the common belief that cultures and subjects are inside of a geopolitical network situated beyond the global conflict defined by Aníbal Quijano as the ‘coloniality of power’.

It is clear that without a critique of current global visual designs, postcolonial geopolitical shifts will only result in new social inequalities. By promoting new interplays between transculturality and visual studies we attempt to improve the capability of critical theory to undermine the resurgence of a strengthened and revitalized identity politics. In this framework, the transcultural perspective of visual studies should go beyond ideological pluralism and liberal multiculturalism. Moreover, an effort will be made to reconsider the study of visual cultures as a counterweight to the epistemological turbulences derived from issues such as anthropological description, ethnographic distance, representative balance, and etcetera.

The point of departure of the first symposium has to do with recognizing that the anthropological dimension of visuality is filled with traps we can’t ignore. That’s the reason for assessing carefully the suspicions that have risen as a consequence of what has been described (in part because of the influence of Hal Foster’s perspective) as the ethnographic turn. Despite the fact that Martin Jay recognized the permanence and importance of the anthropological approaches in his response, for instance, to Octobers’ questionnaire on visual culture, he considered some anthropologic concepts as “imprecise and inadequate” points of departure. In this way, cultural differences, representation of otherness, recognition of alterities as well as diverse processes of identification and subjetivizacion, cannot become obstacles for the expansion, legitimization and concretion of visual extradisciplinariety.

Including specific cases of study and complementary proposals from different disciplines, the VC/GD symposium has been conceived as a place to share new approaches to these issues. If it is true that the recognition of different visual cultures allows a gradual deactivation of essentialist discourses ―like the clash of civilizations― it will feasible to recognize, as Matthew Rampley has suggested, the usefulness of visual studies for the development of postcolonial criticism. Considered from this perspective, the anthropological dimension of visuality could tend to start to cease being the guardian discourse of visual studies. 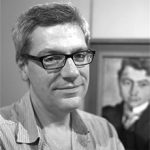