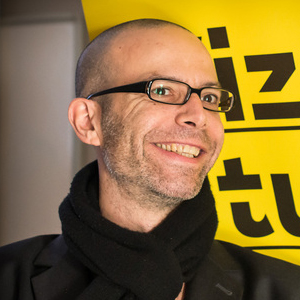 Marquard Smith is Founding Director of the Institute for Modern and Contemporary Culture; Founder and Editor-in-Chief of Journal of Visual Culture; publishes widely on the visual and cultural study of bodies, technologies, and sexualities in Modernity. Marquard Smith was educated at the Universities of Northumbria (BA Hons) and Leeds (MA, PhD). Prior to arriving at Westminster, Marq was Reader in Visual and Material Culture and Head of Public Programmes in the Faculty of Art, Design, and Architecture at Kingston University, London, where he was co-director of the Visual and Material Culture Research Centre, and Founding Editor of KIOSK, a magazine of art, design, and architecture. He has also taught at Birkbeck, Middlesex, Goldsmiths, Leeds Met, and University of Leeds.

Marq was a Founder (1992) and Editor (1992-98) of the Cultural Studies journal parallax (Routledge/Taylor & Francis), and the Founder and Editor-in-Chief of the international peer-refereed Journal of Visual Culture (Sage, 2000-onwards). As part of this ongoing commitment to developing collaborative projects, he is currently involved in heading three arts and humanities network projects on: Visual Culture Studies in Europe; Bio-Cultures; and the Network for Editors of Interdisciplinary Journals.