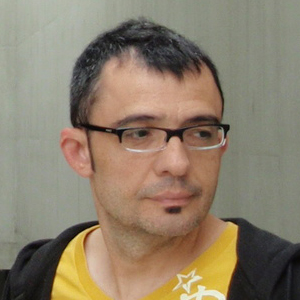 Member of the Project

Juan Vicente Aliaga (Valencia, 1959). University Readers in Modern and Contemporary Art Theory. Juan Vicente Aliaga is attached to the Faculty of Fine Arts, Polytecnic University of Valencia. His research work is centered around feminist, gender and queer studies with special attention to cultural, artistic and political representations of sexual diversity. His teaching has also been focused on the key role played by micropolitics and the contribution of intercultural and postcolonial studies. He is currently exploring three main research topics: feminist genealogies in spanish art from the 1960´s onwards; cultural and visual presence and agency of sexual diversity in the arab world and critical revision of modern art from a gender perspective.

The first issue is under way with the making of an exhibition that he is curating for the MUSAC (Leon, Spain) scheduled for june 2012; the second issue has been addresed in a book on the work of lebanese artist Akram Zaatari, The Uneasy Subject (Charta, Milan, 2011) and also in one show held at both MUSAC, Leon, in 2011 and MUAC, Mexico City, 2012. The third issue has given recent fruits: the curating of an exhibition on the French photographer Claude Cahun held at Jeu de Paume, Paris; La Virreina, Centre de la Imatge, Barcelona, both in 2011, and at The Art Institute Chicago, in 2012. As an outcome of this a book was published in France (Ed. Hazan, Paris, 2011).

Juan Vicente Aliaga is member of the Research Group City Space and Gender Technologies at the Polytechnic University of Valencia. This group has recently organised a seminar that revolved around the notion of Sex and the City on February 14th, 2012. Speakers included: Juan Antonio Suárez, University of Murcia; Patricia Mayayo, Autonomous University of Madrid; Josep Maria Montaner, Polytecnic University of Barcelona and Jane Rendell from The Bartlett, University of London. He is also part of other two Research Projects: Critical Cartography of Art and Visuality in Global Times. New Methodologies, Concepts and Analytical Approaches funded by the Ministry of Education and Cultural Representations of Marginalised Sexualities in Spain (1970-1995), funded by the Ministry of Science and Innovation, both from 2011.