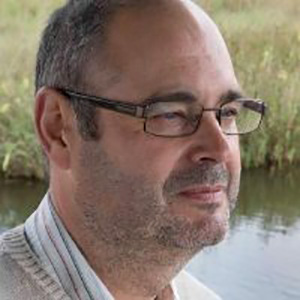 Joaquim Espuny Aguiló (Tortosa, 1967) is a PhD researcher within the framework of the Doctoral Program “Culture and Society”. His research, “Crítica d’art a través de Papers d’Art (1987-2008)”, is directed by Martí Peran Rafart.

He has a MA degree in Advanced Studies on Art History, and won an extraordinary prize with his BA in Arts at the University of Barcelona (2011-2015). He also holds a MA degree in Cultural Production and Communication by the Universitat Ramon Llull (2016-2017), and Postgraduate Studies in Museum Management by Universitat Pompeu Fabra (2014-2015). Additionally, he has a Degree in Applied Arts and Artistic Professions by Escola Llotja, Barcelona (1996-2000).

Professionally, he has been Workshop Chief and Unit Leader at the local public administration (2009-2012). He worked as sculptor and ceramist on his own account (2002-2012). His artworks won different prizes — Secondary Award to the XXXIV Premio Julio Antonio of Sculpture at the Museu d’Art Modern de Tarragona (2008), Special Mention at the XIII National Competition Ciudad de Valladolid (2007), First Prize at the XXI Ceramics International Competition of l’Alcora (2000), Prize “Pujol i Bausis” at the XI Bienal Angelina Alós of Esplugues de Llobregat (2000)— and had been exhibited in various museums and galleries at cities such as Madrid, Barcelona, Zaragoza, Córdoba, Reus, Manises and Aveiro (Portugal).