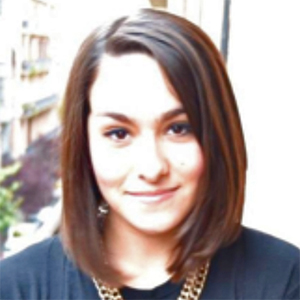 Antonella Medici (Montevideo, 1989) has a degree in Art History from the Universitat de Barcelona (2011). In 2011-2013 he holds a Master’s Degree in Latin American Studies at the University of Barcelona, ​​the Universitat Autònoma de Barcelona and the Universitat Pompeu i Fabra, which culminates with a research work focused on the art of resistance in post-dictatorial Uruguay. As a result of this investigation, she develops Horacio Napoleón Faedo Salle’s First Catalog of Sculptural Works, volume 1, material that is currently registered in the National Library of Uruguay, in Montevideo.

She is currently developing her doctoral thesis in Art History at the University of Barcelona with a research project about the relationship between post-dictatorship, memory and artistic production in the Eastern Republic of Uruguay, under the direction of Dr. Anna María Guasch and Dr. Joaquín Barriendos (Columbia University).

In the curatorial field she has recently developed some projects with the curatorial group which is part of the “Collective Active Principle”, based in Barcelona, ​​with which he received the 2014 Grundig Prize awarded by the Loop Festival for the co-curatorship of the Video exhibition ( Art) prosumers.

Since 2014 she has collaborated with the Art, Globalization and Interculturality (AGI) research group and the Critical Cartography of Art and Visuality in the Global Era project: New methodologies, concepts and analytical approaches (MICINN R & D Project: HAR2010-17403), directed by Anna María Guasch at the Univesitat de Barcelona.