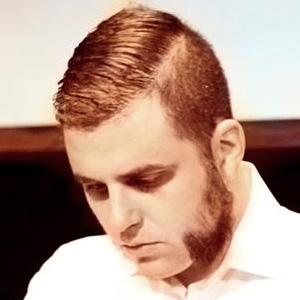 Alán Carrasco is a visual artist, editor for Situaciones –a magazine dedicated to history and art critique, and PhD Associated Researcher. He holds an Advanced Vocational Training in Artistic Photography from the EASD-ADGE School of Art and Design in Vitoria-Gasteiz, Graduated in Art and Design at the Escola Massana / Universitat Autònoma de Barcelona, a Master Degree in Museum Studies and Critical Theory and a Master Degree in Comparative Literature: Literary and Cultural Studies, both at the Universitat Autònoma de Barcelona. In addition, he has completed the PEI, otherwise known as the Independent Studies Program at the Barcelona Museum of Contemporary Art (MACBA). Currently, he is pursuing his PhD thesis within the framework of the Art Globalization Interculturality Research Group, reviewing the concept of iconoclasm, by analyzing the socio-political events that range from the frustrated 1919 Spartakusaufstand to the fall of the Berlin Wall, in 1989.

Last, but not least, his artwork has been exhibited in MACBA Museu d’Art Contemporani de Barcelona (Barcelona, Spain), in the 2nd Photography Biennial of Lima (Lima, Perú), in Ch.ACO Art Fair (Santiago, Chile), in Fabra & Coats (Barcelona), in the Württembergische Kunstverein (Stuttgart, Germany), in the Centro Cultural de España in Lima (Lima, Perú), in Espacio en Blanco (Monterrey, Mexico) or in Arts Santa Mònica (Barcelona, Spain), among others.