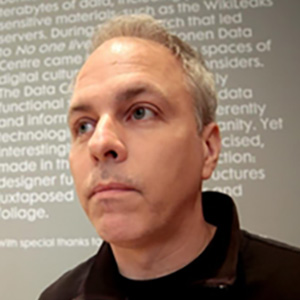 T.J. Demos is Professor in the Department of the History of Art and Visual Culture, University of California, Santa Cruz, and Founder and Director of its Center for Creative Ecologies. He writes widely on the intersection of contemporary art, global politics, and ecology, and his essays have appeared in magazines, journals, and catalogues worldwide. His published work centers broadly on the conjunction of art and politics, examining the ability of artistic practice to invent innovative and experimental strategies that challenge dominant social, political, and economic conventions. He has served on the Art Journal editorial board (2004-08), and currently sits on the editorial board of Third Text, and on the advisory board of Grey Room.

Most recently Demos is the author of Decolonizing Nature: Contemporary Art and the Politics of Ecology (Sternberg Press, 2016), which investigates how concern for ecological crisis has entered the field of contemporary art and visual culture in recent years, and considers art and visual cultural practices globally. While ecology has received little systematic attention within art history, ecology’s visibility has only grown worldwide in relation to the pressing threats of climate change, global warming, and the environmental destruction of ecosystems. To address these intersecting crises—at once economic, socio-political, and environmental—Decolonizing Nature considers creative proposals from speculative realist and new materialist philosophy, Indigenous cosmopolitics, postcolonial theory and climate justice activism, as critical resources for how to model just forms of life that bring together ecological sustainability, anticapitalist politics, and radical democracy.

Demos’ past books include The Migrant Image: The Art and Politics of Documentary during Global Crisis (Duke University Press, 2013, winner of the 2014 College Art Association Frank Jewett Mather Award for Art Criticism), which explores the relation of contemporary art—including practices from North America, Europe, and the Middle East—to the experience of social dislocation, political crisis, and economic inequality, where art figures in ways both critically analytical and creatively emancipating; Return to the Postcolony: Spectres of Colonialism in Contemporary Art (Sternberg Press, 2013), which addresses the recent returns of artists (including Sven Augustijnen, Zarina Bhimji, Pieter Hugo, Renzo Martens, and Vincent Meessen) to former colonial states in Sub-Saharan Africa and the resulting art—predominantly photography and film—that investigates the traumas of past and present colonial relations and injustices; The Exiles of Marcel Duchamp (MIT Press, 2007), which places Duchamp’s installations and mixed-media projects—including his “portable museum,” La Boîte-en-valise—in relation to geopolitical and aesthetic displacement during the early twentieth century’s periods of world war and nationalism; and Dara Birnbaum: Technology/Transformation: Wonder Woman (MIT Press/Afterall Books, 2010), which examines Birnbaum’s art practice in relation to postmodernist appropriation, media analysis, and feminist politics, and explores the artist’s pioneering attempts to unleash the transformative capacities of video as a medium.

Demos has also curated several exhibitions, including: Rights of Nature: Art and Ecology in the Americas at Nottingham Contemporary in January 2015; Specters: A Ciné-Politics of Haunting, at the Reina Sofia Museum in Madrid in 2014; and “Zones of Conflict,” at Pratt Manhattan Gallery, New York, in 2008-09.